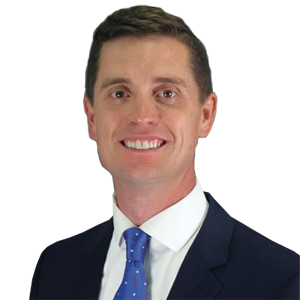 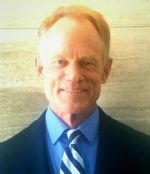 This webinar will provide an overview of youth e-cigarette /vaping and how dental providers can play a role in combating the vaping epidemic. While national and state-level commercial tobacco use among youth and young adults are at all-time low prevalence rates, the use of e-cigarettes or vaping products among this age group continues to rise. Dental professionals are uniquely positioned to screen patients for vaping (Ask) and provide advice at every patient encounter (Advise) to connect patients to evidence-based cessation resources (Refer), including the state quitline. This webinar will present recent updates to AHCCCS CDT codes and the ability to be reimbursed for providing tobacco/vaping education to patients and how to refer individuals to evidence-based cessation interventions.
Learning Objectives:

Sean Murphy, JD
Sean Murphy currently serves as the Executive Director and General Counsel for the Arizona Dental Association (AzDA). In this role, Sean works with the AzDA team to provide advocacy, continuing education, and valuable benefits to Arizona dentists and dental specialists. Prior to joining AzDA, Sean worked for the American Association of Orthodontists (AAO) and brings with him a wealth of association and advocacy experience. Sean joined the AAO in 2016, and his responsibilities included managing the AAO's legal and advocacy department, overseeing the AAO's regulatory and legislative priorities, administering the AAO's state Component Legal Support Fund, assisting with AAO governance, and handling the AAO's legal issues. Sean has also lectured throughout North America on various dental topics, many involving the business and legal side of running a practice. Sean co-authored “Obstructive sleep apnea and orthodontics: An American Association of Orthodontists White Paper.” In 2019, Sean was selected by Association TRENDS as a leading lobbyist for the 2019 Salute to Association Excellence event and received a 2019 In-House Counsel Award from Missouri Lawyers Media. Sean grew up in Rock Island, Illinois and both his father and brother are dentists and ADA members. Sean received his bachelor's degree from Augustana College and his law degree and health law certificate from Saint Louis University School of Law, which is frequently ranked as the top health law program in the country. Prior to joining the AAO, Sean was a business litigator for seven years at a national law firm, Thompson Coburn LLP (with offices in St. Louis, Chicago, DC, and LA), where he represented national and international companies in countless disputes. As a litigator, Sean was selected to the 2014 and 2015 Missouri & Kansas Super Lawyers' Rising Stars Lists and was selected to the 2012 Missouri Pro Bono Hall of Fame.

Mark P. Martz, PhD, MPA
Mark P. Martz, PhD, serves as the Director of the Arizona Center for Tobacco Cessation and is an Assistant Professor of Practice in the Mel and Enid Zuckerman College of Public Health at the University of Arizona. Prior to joining the University of Arizona in November 2018, Dr. Martz served for five years at the Arizona Department of Health Services. While at the Arizona Department of Health Services, Mark served as a policy consultant, contract manager, and as the Office Chief for Tobacco Prevention and Cessation. Mark received his doctorate in Public Administration and Policy from Arizona State University in 2013 and his Master in Public Administration from Wichita State University in 2007. Dr. Martz’s research and applied practice focus area center on developing, implementing, and analyzing system-level interventions that improve health and well-being at an individual, community, and population level.
Mark Boldt
Mark Boldt- became Director of the Training Institute in 2018. Prior to that, Mark worked in tobacco prevention and cessation programs for 13 years, first at the Massachusetts Department of Public Health and then at the Texas Department of State Health Services, developing many tobacco training and overseeing comprehensive regional and community-based tobacco control programs. Mark has a Master of Science degree in Health Promotion and Wellness Management from Springfield College in Massachusetts and has completed the Nationally Certified Tobacco Treatment Training program at the MD Anderson Cancer Center.

Jazmin C. Villavicencio
Jazmin Villavicencio– joined the Center in late January and is a member of the Chemehuevi Indian Tribe. Her previous experiences come from having worked with First Things First, Johns Hopkins Center American Indian, Pima County Health Department, and the Tucson Indian Center, where she coordinated tobacco education prevention and cessation services. Jazmin has a Bachelor of Arts Degree in Interdisciplinary Studies with concentrations in Public Health, Mexican-American Studies, and Spanish Translation and Interpretation from the University of Arizona. Jazmin has also completed the Nationally Certified Tobacco Treatment Training Program at the MD Anderson Cancer Center.

Michael Recuber, DDS
Dr. Recuber became Dental Director for the AHCCCS program in 2015.  Prior to that, he was Assistant Dental Director at Mercy Care Plan for 10 years.  Dr. Recuber maintains a private practice in general dentistry in Peoria, Arizona since 2005.  He received his degree in dentistry from Marquette University School of Dentistry and his undergraduate degree from the University of Southern California.